In recognition of the Egyptian President Abdulfattah Al-Sisi and his delegation’s official visit to Kuwait, His Highness the Crown Prince Sheikh Mishal Al-Ahmad Al-Jaber Al-Sabah received them in Bayan Palace on Tuesday. 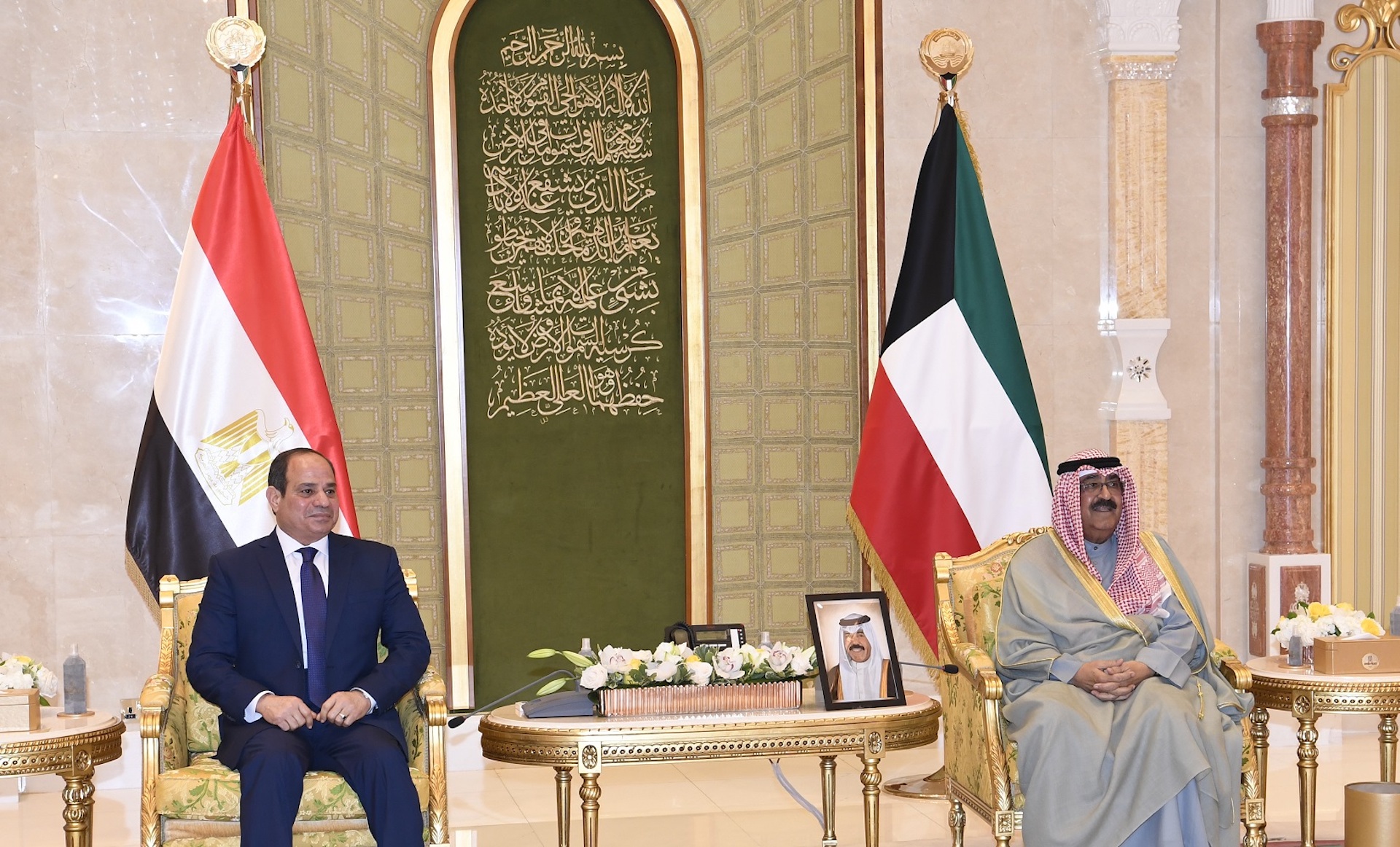 Sheikh Mishal led the Kuwaiti delegation in official talks with president Al-Sisi and other Egyptian officials. As part of the official talks, His Highness the State of Kuwait Prime Minister Sheikh Sabah Khaled Al-Hamad Al-Sabah and other officials were present. Sheikh Mohammad Abdullah Al-Mubarak Al-Sabah, Kuwait’s Minister of Amiri Diwan Affairs, stated that the talks were held in a cordial atmosphere, reflecting the solid and brotherly relations between Kuwait and Egypt.

Kuwait and Egypt held talks in order to bolster further the deep-rooted relations aimed at expanding mutual cooperation, as well as to discuss issues of common concern and latest developments on the international and regional arenas. A luncheon was hosted by the Crown Prince Sheikh Mishal in honor of the Egyptian president and members of his entourage.

$1 billion to be invested in GCC real estate by Investcorp…